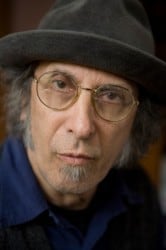 This is a cover of one of my songs being released this month by Victor and Penny, as part of a live CD.  They are a Kansas City band that plays in the style of the cafe music of Paris in the 20’s and 30’s,  Django Reinhardt and the like.  They’re a 4-piece, electric guitar, ukelele, stand-up bass, and clarinet.  Erin McGrane on lead vox, and uke.  She is a long-time KC actress, often appearing in local films, commercials, etc  as well as being a fine musician.  Jeff Frehling on monster guitar and lead vox.  Rick Willoughby on bass.  James Isaac on clarinet.  As you will see, they just totally smoked the solo.  The CD they are releasing is called Victor and Penny:  Live at the Living Room.   The theme of the song, if I remember right, is lust.

Some years ago, when Erin was in a rock band called Blue Museum, her band and mine played a show together at a small club here.  The sound guy spilled his beer on the soundboard right before her band was up; and all sound went out.  Erin called her hairdresser, who jumped in the car and brought over a blow-dryer.  Somehow it worked, and the show went on.  Live performance isn’t always pretty, but I think in the case of «Indiscreet», all worked out well.


Get the Flash Player to see the wordTube Media Player. 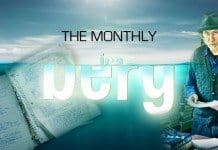 The Monthly Iceberg: Now That It’s Too Late

The Monthly Iceberg: It’s Not Over Yet

The Monthly Iceberg: All I Hear Is Goodbye