It’s always good seeing Caleb Caudle and his sweet wife Lauren. They dropped by The Basement this past Wednesday with full band in tow to celebrate the vinyl release of his new album, «Crushed Coins.»

I heard the new batch of songs for the first time last year when he played solo acoustic at The Basement during an ice storm.  I knew right away this new album would make it on my favorite 2018 list. I’m a fan of all genres of music and I love that you can hear blues, soul and jazz on this one. Co-produced with Jon Ashley and features some of Nashville’s heavy hitters including Joshua Hedley, Kevin Black, Erin Rae, Megan McCormick, and Smoking Brett Resnick, just to name a few.

Caleb’s last album, «Carolina Ghost» was my driving soundtrack for most of 2016 and I’m certain «Crushed Coins» will receive equal play. Here’s the full set including new songs, old songs, and a Bob Dylan cover!

I went to the Basement East Pub one evening and Kashena Sampson was my server. She left a lasting impression on me because of her sweet personality, plus she complimented me on my perfume. Little did I know that she would soon become one of my favorite singer/songwriters in this town.

Kashena opened the show for Caleb with her stunning vocals, singing songs off her album, “Wild Heart.” She gave the entire room chills during her performance of “She Shines.” What a voice!  If you saw my instagram post of my favorite albums released in 2017, you’ll find her album was included. I cant wait to see where her success takes her next. Watch her full set here: 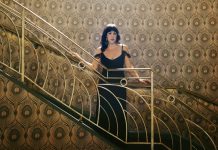 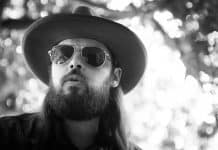 Caleb Caudle til Norge i juni