Hello, all! The Nashville segment for this week includes a night at The Basement featuring singer/songwriters Alex Caress of Little Bandit, Joshua Hedley, (who recently signed to Third Man Records), and Jonny Fritz, who headlined the show. It was a triple-dream bill for me and a perfect way to spend a Sunday evening.

Alex Caress took advantage of a packed house to debut a beautiful, never-performed-live song called «City Dreamer». Joshua Hedley played a handful of his haunting heartbreak tunes along with a new song called «Let’s Take A Vacation,» and Jonny Fritz (with Hedley on fiddle) is as funny as he is talented. Along with new songs and deep cuts from albums past, the one song that truly made me smile was the song, «Chilidog Morning» off his album «Sweet Creep» that he co-wrote with a four year old!

Here’s a few videos from the show: 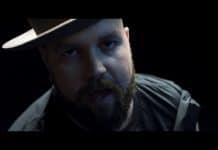