Forsiden English In the name of country music – Matt Patershuk 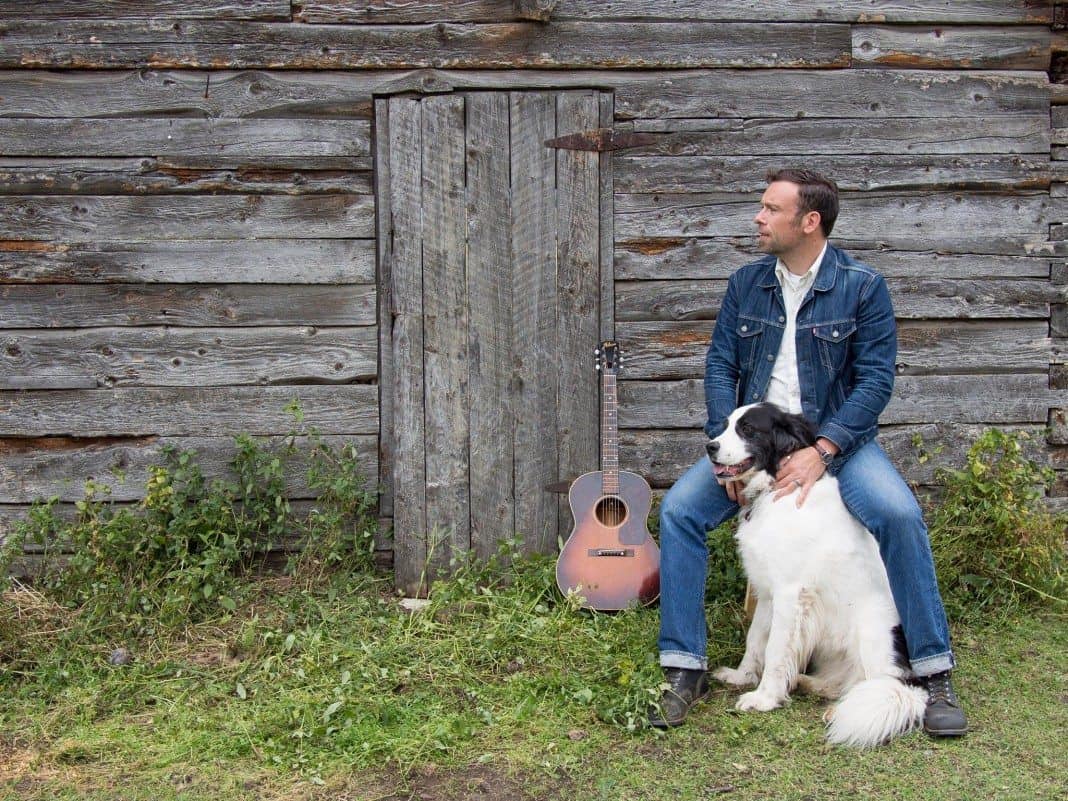 Until a few months ago, Matt Patershuk was a complete unknown to me. Last winter he released his second album, «I Was So Fond of You». His first, «Outside the Lights of Town», saw the light of day in 2013, but I missed out on it. The first time I heard this year’s Patershuk record, I was certain he had to be an old fox who had kept going for decades, as his voice and music hit home with me immediately. But after what I understand, he didn’t go into the music business all the way until 2011.

It’s no small thing finding the right words to describe this record. I’ve been thinking a long time on how to phrase this in a way that shows due respect for this album and for Matt. This is not about whether or not it’s a masterpiece – it’s about where and how it hits me.

I’m sure this will sound familiar to you: I sit down with a book and a cup of coffee. In the background, a playlist with new music I’m not familiar with is playing. Then something happens that occurs every now and then, the music takes centre stage. I end up sitting there just listening, looking straight ahead, out my window into the woods. My book is closed, the coffee has gone cold – Matt Patershuk has captivated me with his words and music. 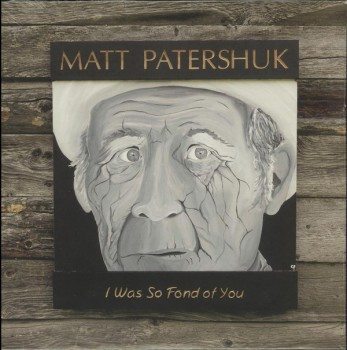 «I Was So Fond of You» has something sad and sorrowful to it, and takes me straight north into that deep forest called country. It hits me so hard that I floor the pedal and travel along dusty old roads, past old trails, empty bottles and broken dreams. I have a feeling I’ll find Patershuk up there, where genuine, true country lives. Up where the tallest trees live forever, and have names like Hank, Merle and George. Where Johnny Cash’s wide river flows slowly past us. It’s in this neck of the woods modern country tries to reach the old time greats, where time and place give up to art and poetry. The list is long, the names are many – here’s Sturgill Simpson, Daniel Romano and Whitey Morgan. Here’s Zoe Muth, Lindi Ortega and Elizabeth Cook. Between the two giants John Prine and Guy Clark I find a more recent silver fir – Matt Patershuk, right where he belongs. This is where his baritone sings the blues, while he wears his heart on his sleeve. He has a big heart, but it has a scar that takes a long time to heal. He’s a friend of mine already.

Back in my living room again, I pull myself together and send off a few words to my newfound friend on the Canadian prairie, to a little place called La Glace, Alberta. That’s the small farmer community where Matt lives with his wife and two daughters, a place named after an old and respected First Nation chief, of the Beaver tribe. Matt tells me that on the little farm where the family lives, with their horses, cats and dogs, there are some old log buildings that he believes were built by some Norwegians or Swedes back in the day. He goes on to tell me that the area around La Grace attracted many Norwegian and Swedish homesteaders who wanted to work in lumbering, sawmills and building log houses. To this day you find stores and workshops called things like «Snekkerverkstedet» (The carpenter’s workshop) and «Sønner av Norge» (Sons of Norway). You can find trolls and artefacts painted in «rosemaling». Matt’s own great grandfather was among the first settlers in La Grace and went into logging. Matt followed in his tracks and took up the same trade, but later went into building bridges. Because even though his music is first rate, it’s not given that you can make a living from music these days, let alone provide for a family. It takes time building a name for yourself when you write songs of the kind Matt Patershuk does, dead honest songs with stories to tell. In our time, this is rarely the focus in the music which appeals to large audiences and fills hit parades.

I have to bring up music when writing to Matt, and I ask him what kind of music he liked while growing up, what does he listen to these days, and where does he find inspiration. When Matt’s answers reach me by email across the Atlantic, I see he grew up in the very forest his music took me into. He tells me he grew up listening to his fathers records, artists like Willie Nelson and his «Red Headed Stranger», Kris Kristofferson’s «Me and Bobby McGee», Johnny Cash and John Prine. His mother was from Liverpool, accordingly, bands like The Dubliners and The Clancy Brothers were also an integral part of his childhood soundtrack. His mother loved reading, and was generally very concerned with language and text. She was a thinker and a philosopher, and taught him to love language and poetry, and eventually how poetry could translate into song.

As a teenager, he came across blues on a tape his uncle gave him, and Matt tells me he still remembers how he thought his heart would explode any time he listened to that B.B. King tape, «Live at Cook County Jail». Later he discovered Steve Earle, and says he was half possessed by Earle and his music. Through Steve Earle, he discovered names like Guy Clark, Hank Williams and Tom Waits. Today he has a lot of appreciation for songwriters like Mark Knopfler, Anaïs Mitchell and Ana Egge.

Matt tells me that it’s important to him that the songs he writes are honest and direct, and in a way it’s his subconscious talking in his lyrics. And even though the names mentioned above have influenced his way of writing, he still hopes his music comes across as his very own. To me, that’s exactly what it does. «I Was So Fond of You» is 100 % genuine, and has a unique Matt Patershuk quality to it. 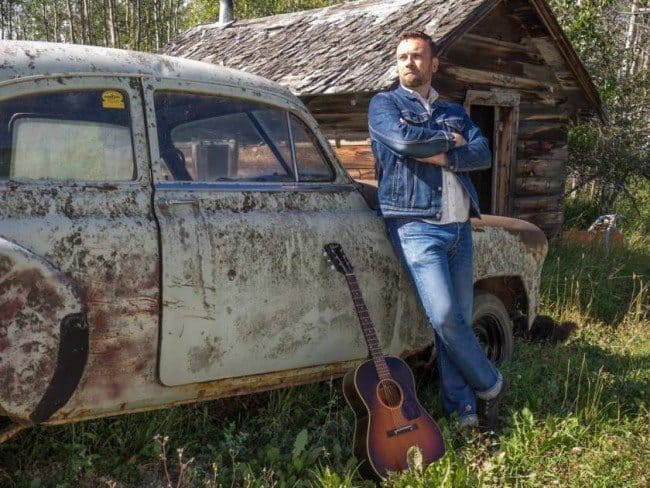 «I Was So Fond of You» is a sad record. Sorrowful in many ways, but still very beautiful. You can’t record an album like this without having covered some blue miles in your life, I thought after listening to it for the first time. And that turned out to be right – Matt Patershuk knows where the blues lives. This album is dedicated to his sister Clare, who was killed by a drunken driver three years ago, and many of the songs are about her. Losing someone like that does something to a man, but, thank goodness, Matt Patershuk has a good heart. Even in his darkest hour, he didn’t let anger and bitterness crush him, but armed himself with a pen and a guitar. As he says in «Little Guitar», you can’t make fists while playing your guitar. It’s an incredibly beautiful way to honour, remember and avenge a loved one who has left this world, and not many are able to do this as well as Matt. What he does on this record, is to turn sadness into art. Art like we know it from men like Guy Clark, Townes Van Zandt and Hank Williams.

The cover is also pure art – a painting by Matt’s sister Clare, of a man exposed to the elements. The picture hangs on a log wall back home on Matt’s farm.

«I Was So Fond of You» was recorded in producer Steve Dawson’s Nashville studio, and all music and lyrics were written by Matt himself. The album was recorded live in the studio, by a band consisting of Matt Patershuk and Steve Dawson on guitars, Mike Bub on bass, Gary Craig with brushes on drum skin, and none other than Fats Kaplin on mandolin, fiddle and banjo. Later, Ana Egge has added her glorious harmonies, and it really touches a nerve when Matt tells me the very reason he asked Ana Egge was because his sister Clare used to love her voice. I adore the sound of Matt’s raw, coarse baritone when it meets Ana’s unique timbre.

This album can bring tears to my eyes, and the next moment I feel like asking someone for a dance. And for me, this is just what country music is about – it crushes you in one instant, and rescues you the next. Matt Patershuk breathes country music. He IS country music.

I could go through each and every one of the songs on this album. I could have written about them for days, but I’m not going to. It’s a series of peaks, from start to finish – you’ll find honky tonk and waltz, words of wisdom and advice. It goes from murder ballad to western swing, you’ll find sadness, and a little humour too. Song about people, dogs and horses; about old guitars, and broken souls. «The Closer» is dedicated to Matt’s wife Saionne, and the last hit off the record, «Tennessee Walker», tells the story of Clare and her horse Calvin.

Matt Patershuk is not the one to sing about drowning your sadness in whisky. Instead, he fills up his glass with good whisky, lifts it up to his eyes, looks into it trying to find answers and a way out of the sorrow by rejoicing in memories.

I want you to listen to the songs yourself. Listen to his painful, honest and genuine words. I want you to give a few thoughts, tears and smiles to Matt and Clare Patershuk. This is a great record, made by a great man with a good heart. The repeat button was invented with records like this in mind.

Thank you, Matt Patershuk – thank you so much for a wonderful album. To me, you’re among the truly great in today’s real country music.

Translated by Geir Juell Skogseth, from the original review by Rune Torsteinsen. 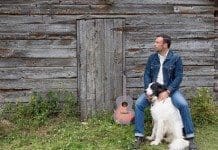