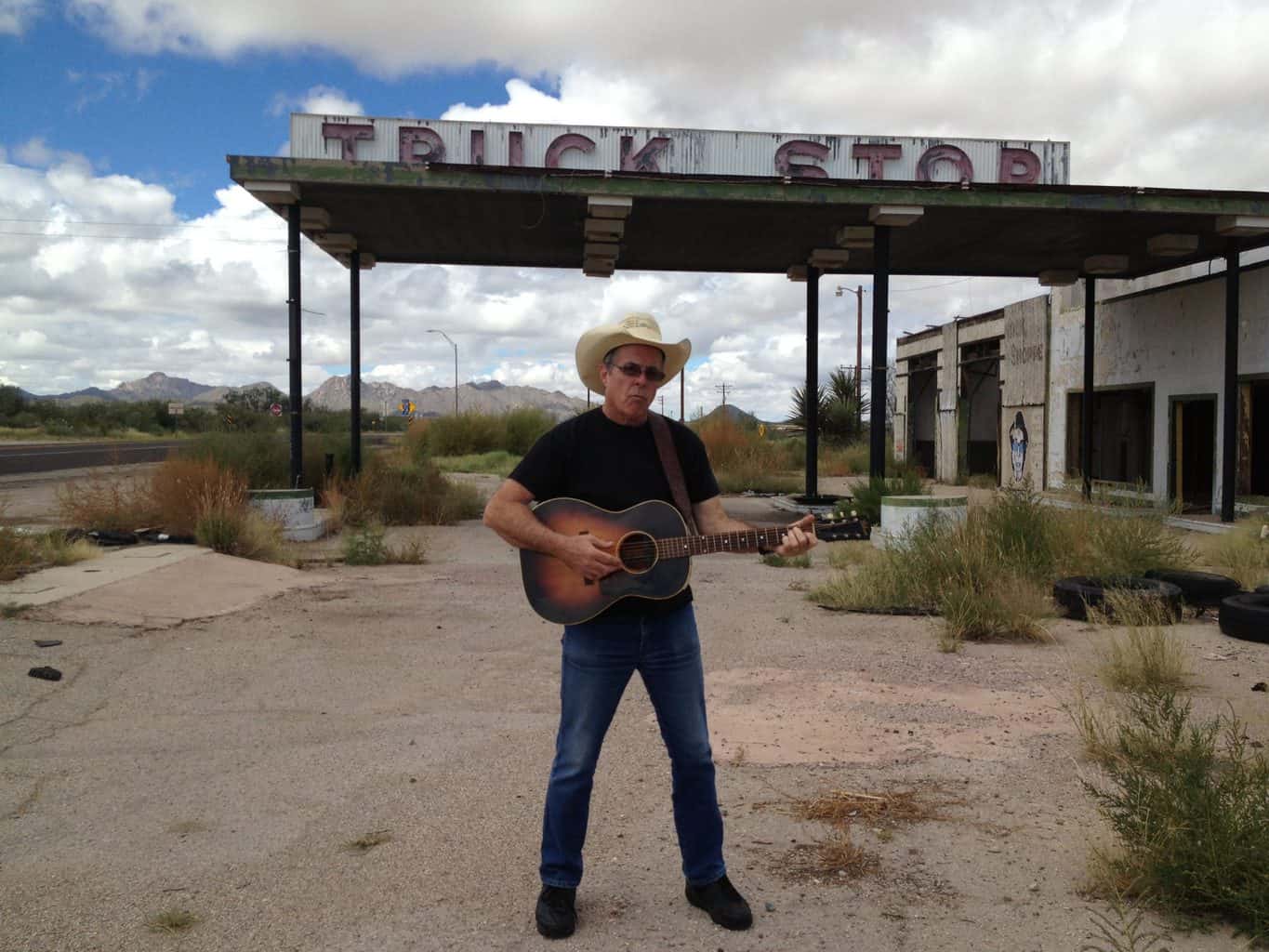 2015 was quite a year for you. You played a lot of shows and you released your most ambitious album to date, and that is really saying something, considering that you’ve already created some epic records in the past («The Man From God Knows Where», «Hotwalker» and «Mesabi», just to name a few.) Are you pleased with the critical reaction the album has been getting?

Yes the reaction has been great. Best Folk record of the year in «»Mojo» and a dozen other
publications…I’ve promised myself to work it for a year so I’ll continue telling folks about it.
Most people just listen to random playlists these days, and to get somebody to actually sit down and devote two hours on a grand western epic in musical form can be considered a tall order.

The critical acclaim aside, how would you describe the audience’s reaction to these new songs?

When I take it on the road (with the book) I sort of take people through the story… and it works really well. There is also a film on You Tube of myself explaining the record a bit…

Do you think we are seeing a shift regarding our collective attention span these days? Take Tarantino’s latest western «The Hateful Eight» and the 70mm roadshow that expected fans to sit through a three hour film with an overture and intermission. An experience not unlike settling in to listen to your album. Were you at all worried about the lenght of the record?

I really didn’t think about it – the length – but I had to cut a lot more of it out. I don’t see myself competing against anyone out there or worried about what the current trends are. I wanted to produce a «frontier musical» on The West very different from the old Broadway notion of the West. I wanted a lot of authentic voices and music in it. I was only trying to please myself.

It seems clear to me that you made the record you wanted to make. Sam Peckinpah once said that he made the movies that he would like to see and hoped that the audience felt the same way. It seems to me that you’ve built your entire career around that notion. The same goes for most artists or writers of any kind that has created something of lasting value. Does that sentiment ring true for you?

Definitely! As Flannery O’Conner said: «you’ve got to push as hard as The Age that pushes against you.» Or to quote Keith Richards: «you just need to keep going – through sheer luck and brute force.»

You’ve spent years putting «The Rose Of Roscrae» together. When and how did you decide that it was finally time to settle on this project and get it done?

I knew I had to wrap it up or go fucking crazy. I was way too inside of it and finding it hard to get out. I only figured out what the story was when I wrote the title song and then the pieces fell together…it’s really just like Homer’s «The Odyssey.» With cowboy hats. A man goes on a journey…. and his path finally turns spiritual. He sings his way back home by following the spirit of the old songs.

Jimmie Dale Gilmore’s haunting vocals can be heard on the record along with fellow Flatlander Joe Ely. I know you’ve had a long relationship with Joe, Butch and Jimmie, but can you talk a little bit about your relationship and how you came to work with them on «The Rose Of Roscrae».

I really dig those guys…their voices and their spirit. That West Texas thing. It’s the real deal. Nothing fake about it. They sing up the Texas earth every time they open their mouthes. Like Guy Clark.

Speaking of Joe Ely. Does it bother you that a lot of people most likely think that Joe wrote one of your signature songs?

I don’t really care. Joe usually credits me when he sings it. Personally, I think he does the song better than I do…I also have a tape of Robert Hunter doing it at Glastonbury Festival in the 80’s.

Speaking of your peers. You used to co-write a lot of songs with the great Dave Alvin. I guess with his busy touring schedule with his brother Phil he’s been a hard man to reach these last few years, but do you ever think that you two would find the time to maybe record an album together? I’ve always considered you two to be kindered spirits in so many ways.

Anything could happen. The record I did with Dave – the Merle Haggard tribute – «Tulare Dust» was just re-issued by Rock Beat as a double disc. Also they re-issued the two records I did with Barrence Whitfield: «Hillbilly Voodo» and «Cowboy Mambo» – those are worth checking out.

«The Rose Of Roscrae» can only be described as a western. I know you grew up around horsetraders and people who had a deep knowledge of the west. Did you gravitate towards the western as a genre when it came to picking movies at your local theatre or picking out books at your library when you were a kid? What were some of your favourite westerns growing up?

My brother Pat (a working cowboy who appears on this record) was the real Cowboy in our family, and he had a lot of early Cowboy records. Tex Ritter, Johnny Cash, Marty Robbins.
Films? I liked «High Noon,» and I love the Clint Eastwoord take on «The Unforgiven,» but I’m not totally (nor ever was) into the cowboy movie thing. Its just part of what I do. I did have a pretty cool set of cowboy toys when I was little and I would create scenes and Indian attacks and stuff. 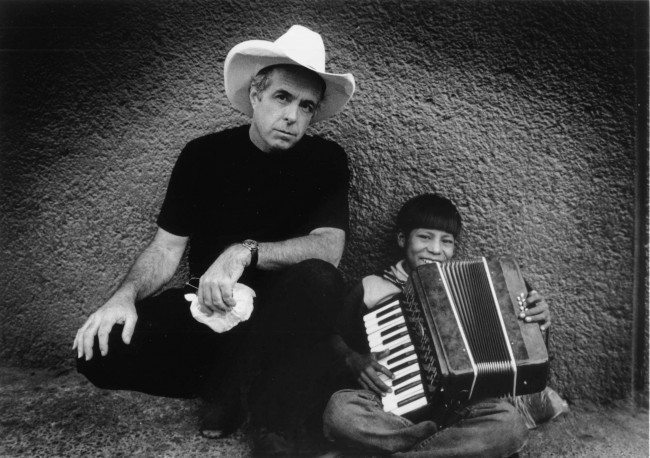 When «Borderland» came out back in 2001 my brother and I had discovered the work of Cormac McCarthy and James Carlos Blake so needless to say we devoured that record. Your stories of the peoele living and dying along that borderline made me think of McCarthy and also Sam Peckinpah’s films. I’ve always wanted to ask you if you have any interest in McCarthy’s border trilogy or «Blood Meridian»?

I read Blood Meridian. Not much else. I actually have met Cormac several times… when he lived in El Paso. He moved to Santa Fe years ago and now so did my wife and I. I haven’t run into him lately but, through a mutual friend, I gave him The Rose of Roscrae and the book that goes with it. I don’t read much fiction lately, but if you want three of my favorite books set in the West, I’d highly recommend Charles Portis’ «True Grit,» «Gringos,» and «Dog of the South.» Really great writing.

You’ve written songs about Orson Wells and Sterling Hayden. Have you ever been compelled to draw a parallel to Sam Peckinpah’s life and work in your songs? I can just picture you singing about Peckinpah in Durango, shooting «The Wild Bunch».

That’s funny. A good friend of mine, W.K. Stratton, is working on a book on Peckinpah and The Wild Bunch. Another friend of mine, writer Toby Thompson, lived in the same hotel as Peckinpah in Montana…the stories are wild as hell. I don’t think Sam was a guy you’d wish to get too close too…he picked up Ian Tyson once, in the late 1950’s, and offered him a part in «Gunsmoke,» on TV but Ian never took him up on it. Speaking of Westerns I just did a long essay on the early Westerns of Monte Hellman (with Jack Nicholson, Warren Oates, and Harry Dean Stanton) for a magazine called «Ranch and Reata.» (www.ranchandreata.com) I’d recommend you check it out if you’re a fan of The West. It’s the best thing out there.

I keep talking about movies here, but «Mesabi» was steeped in Hollywood lore and «The Rose Of Roscrae» conjur up these vast, cinematic vistas that make it all but impossible not to think of you as somewhat of a cinephile. You also did a song for Monte Hellman’s «The Road To Nowhere». Am I wrong in assuming that you are a big movie fan? Could you share some of your favourite films with us?

I mention Monte above…I don’t really see a lot of film and we don’t own a TV, thank God. I write and I paint and I sing. My wife loves Woody Allen, and we thought «Blue Jasmine,» was great. I think the documentary on Ginger Baker (Beware Mr. Baker) is the best music doc ever, alongside of «Don’t Look Back,» the Dylan film. I dig documentaries in the same way I dig non fiction books. I’ve just begun a music memoir, of sorts, for a London agent.

«The Rose Of Roscrae» is so big, so complex and beautifully crafted. Did it take a lot out of you putting it togheter? And do you have any idea what you are going to do for your next album?

It took a lot out indeed. I won’t record for at least another two years and the next record will be a simple one – semi-accoustic – ten good songs. Back to the basics I hope. I have two or three new songs I think are good…. working on about five more. There will be a TR Anthology #2 coming out in a few months with some surprises on it…including an out take from The Rose of Roscrae.

In the liner notes for his 1999 bluegrass album Steve Earle wrote: «My primary motive in writing these songs was both selfish and ambitious – immortality. I wanted to write just one song that would be performed by at least one band at every bluegrass festival in the world long after I have followed Mr. Bill out of this world.» Has that notion ever crossed your mind? «He Wasn’t A Bad Kid, When He Was Sober» is one of the finest gunslinger «ballads» ever written. Do you take any pride or comfort in the fact that a lot of your songs probably will be covered by fans and others songwriters for years to come?

Yes, I think great songs are immortal and transcend the ages. In the same way great paintings (Van Gogh, De Kooning etc) are never «dated.» If someone wants to get a savage take on what immortality is and stunning writing I’d suggest they check out «The Cutting Edge» box set of Dylan stuff. Astounding.

2016 is still in it infancy, and since we enjoy lists here at Dust Of
Daylight, would you be willing to share your favourite album or film of 2015? I wouldn’t ask you to make a top 10 or anything, but it would be fun to hear what album or movie struck a chord with you last year.

I thought Joe Ely’s «Panhandle Rambler,» was damn good.
I also like that song «Son of a Bitch,» by Nathan Rateliff and The Night Sweats 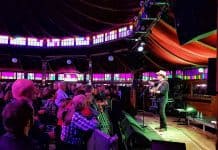 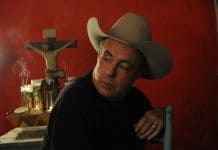