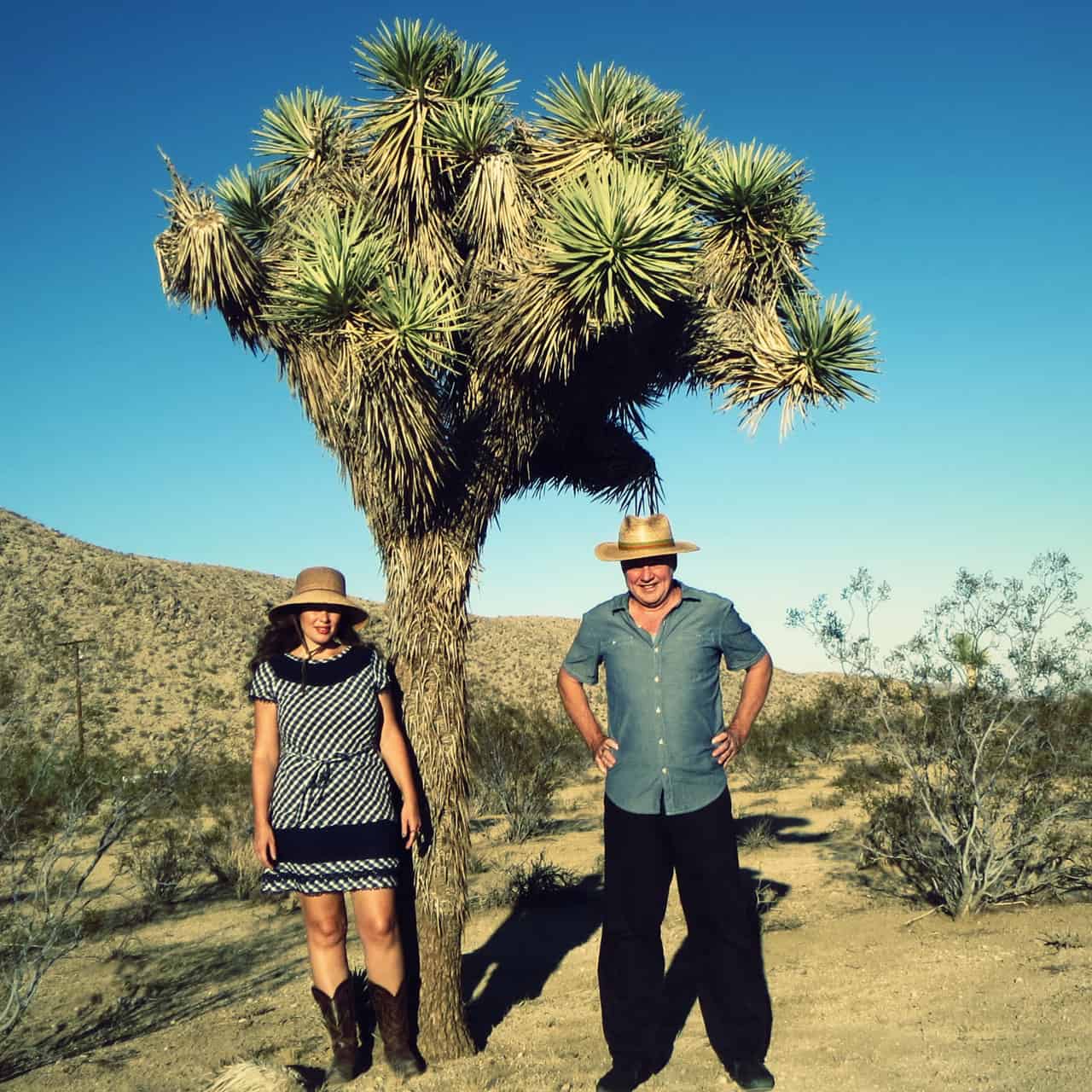 On your latest album, Good-bye Lizelle, it seems like you’ve found a bit more international sound and style than your earlier albums. What do you consider as the biggest difference between the songwriting you did for Good-bye Lizelle and your songwriting from 20-30 years ago?

All the songs I write are in the same lake. It’s down there at the bottom, I just jump in and swim towards the song from a dock, a boat, a shoreline on a sunny day a cloudy day etc.. Of course this is a metaphor for a persons interior life. I am always trying to solve the same puzzle and I use different methods on different days and I have personally very strong parts of my program and other ones I simply forget about.

The puzzle is simply that there is an alternative reality ( not alternative music! ) that is going on around us. Of course there is and this explains the unexplainable of which the majority of our existence can be explained away with. Various people and movements are aware and try to utilize the alternate reality to their advantage which is a problem. My purpose is too simply state it is there, hold on tight cause it is a real big deal and music is the key to the door that unlocks it and can take you there 24/7 depending on the type of music and your present circumstance. I am always trying to use multiple layers of meaning in my lyrics and a unique low harmony alternate melody line to open the door. For me the joy of music is the floating experience I feel when a new song comes together and all the elements, tone ( however funky ) beat, melody, lyrics etc…

I will state also what is obvious, I am not interested in Rock and Roll history so much. Also I am interested in new underground recording techniques that aren’t based on pro tool high end audio perfectionism. I have a gentle request to society in general to please stop digital music and bring back music only on vinyl because socially it was so much better to hang out in music stores and exciting to carry home the heavy vinyl through the darkening streets with the colored leaves breathing heavy on the ground.

Do you find themes and ideas for songwriting in different places today then before? And what is it that triggers your creativity and the urge to still keep on writing songs and making music?

Good question. The search the search, please help me find a new sound! new movement! a great new band! I look in the corners, I look in the alleys I look in the cracks, and I there in
Norway I found my greatest lead and I have started work on that sound. Did I think of the beauty of Armenian music 20 years ago! Certainly not boy howdy you better go out and get those Sayat Nova and Komitas digital files. It is the most beautiful music in the world and the male voices play to my strength which is microphone less strong reaching out singing.

Ingunn and I first played the Qanon and Dohl together on a warm summer night in Vanadzor, Armenia. The Olympics were on and there was wrestling. Olympic wrestling. My father was the Minnesota state wrestling champion for high school in 1958! He lost and placed 2nd to the same man in 56 and 57. The third and last year he beat him. These were the days when boys lifted hay bales on farms and worked from sun up till sundown, he worked on a dairy farm. Most decidedly not the days of computer pushing button producing opinion labeling hair do applying crime ointment salves for beauty infusing nothingness of negativity. My father wrestled this same boy in a bloody grudge match in an empty Williams arena in Minneapolis. My grandma told me about it. The other boy was blind and had a seeing eye dog growling from the side of the match. So my father beat him, he whipped him, he pinned him in an exhausted last reach for strength. And as my father stood in an empty arena I also stood up when I first heard the notes that my Norwegian born wife was playing and singing out to me in a concrete block apartment in a city where we needed translators. I stood up and I said you can’t deport her from the Minneapolis airport on changed tickets for a songwriting fiasco trip to revisit a failed program and creepy scenario. Go away now! Go away forever! Ingunn and I found something in our music that is true and lasting.

What is the main musical and lyrical concept or idea behind Good-bye Lizelle? It stands out as a somewhat different album than many of your earlier ones. And why did you choose to travel to different countries to record the album?

We had to live outside of the US to be together for 29 months. We went to Armenia and South Africa and obviously Norway. We wrote at that lighthouse on the farthest south tip of Norway and even went swimming in a river near Mandal in the spring while writing which was very cold. I love the djembe sound and I write in a somewhat beat fashion and we live in Joshua Tree down the road from the mental physics center. So things of the early hippie beat era are enjoyable markers to me.

I love to play music on the porch for joy and like people gathering for drum circles etc.. Though some of interest is more observational cause really I am more conservative but I like the spirit and togetherness of young and old people singing out together. Some of the early songs I wrote were more thematic this way though they did not end up on the album lines like» the beat poet hangs his clothes and weeps» » the sunset and vine djembe sings » these type of lines were part of the original lyrical expressive process and these led to Lizelle Djan.

We know you been working closely with your wife Ingunn on this latest album, can you tell us a little about how it’s been working together on this particular album, Good-bye Lizelle. And also how she has influenced you and your music and songwriting?

Lizelle Djan is a good example of my Norwegian wife influencing my songwriting direction. It is also a text book case of how people are influenced not directly by somebody or something but in a more indirect fashion and of a subtle nature. I enrolled in the Oslo International Summer School in 2010. The reason being I had to start to understand some Norwegian that was being spoken around me by Ingunn and her family and they had intensive language class. So I enrolled in the language and also too a nordic literature class that was offered in English. We read a lot of books including Peer Gynt. There were many lively discussions in class about this book and I remember people asking » what does this book mean? » It really upset people so I started a song about some that writes dark and mystic books and that our souls are like these books. What does this book mean? What do our souls mean? Lizelle Djan sounds like nothing else recorded today or yesterday so I was successful.

We’d also like to know a little about your relationship to Norway. I mean, you almost have the most common norwegian last name, Olson/Olsen. Do you know your own family history well? And are there any scandinavian roots in there somewhere?

My Grandparents on my fathers side were dairy farmers in Minnesota whose Parents and Grandparents came from Norway. My Grandmothers last name was Undredal so she came from that town in Norway where they raise raise goats and make cheese. I have relatives from Minnesota who have visited the town. There were people from Flåm on my Grandads side. My 1st cousins and uncles have been there. These are the people you see in Norway that say they are from Minnesota and are holding onto a sweet memory of their Grandparents. Please don’t make fun of them if they speak funny Norwegian or are looking for something that isn’t there, please realize they loved their Grandparents like every other person in every other culture. In this case it is the long lost colony of Minnesotans that won’t let go of their memories cause the modern world is so banal. Because of my background I became extremely upset when my Norwegian born wife was deported from the Minneapolis Minnesota airport. I will make a recovery from this soon.

I saw you and Ingunn and one of our favorite norwegian bands, Seven Doors Hotel, doing a great concert at the Norwegian Wood festival in 2008. Can you tell us how you got to know all these norwegian musicians and why you did end up playing gigs and festivals with them?

This is simply a product of 1 Alex Lindbäcks mind! He is and was totally responsible for that! I really enjoy his company. Here is to you Alex!!

What are the musical plans for Mark Olson in the nearest future? After the tour of Scandinavia.

We are going to the UK then the album will be released in America and we will go there and then Germany. We have our hands full now. Thank you for asking these questions.  – Mark 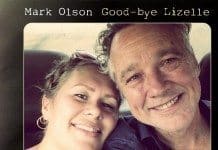 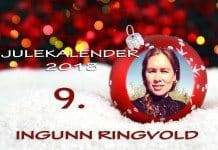 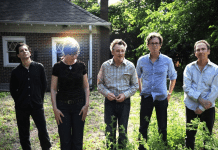 Fredagsvideo: The Jayhawks – She Walks In So Many Ways