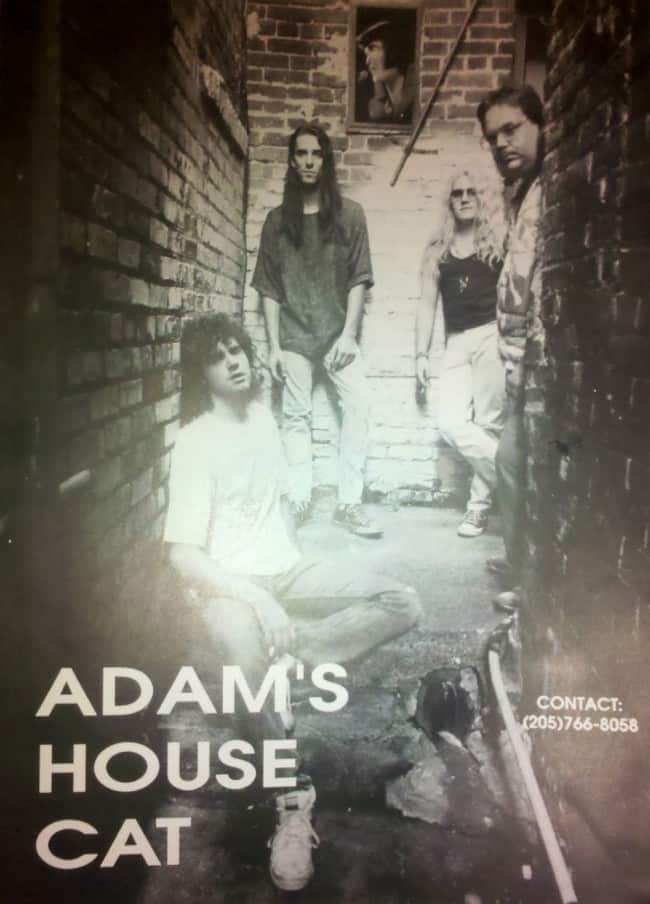 First of all, thanks to everyone involved in getting DBT up to the 100,000 milestone on Facebook. Some of that stuff is kind of foreign to me, but I know 100,000 is a milestone for a band with humble beginnings such as ourselves.

When I was first asked about maybe putting up the old Adam’s House Cat album to stream as a Thank You, I thought it sounded like a pretty good idea. I put six years of my life into that band and that album is really the only tangible thing I have to show for that whole time of my life (basically, my 20’s) and while there is a lot about it that I would do different now if I could, it’s a pretty good reflection of what we were about and trying to do and as I said, it’s really all I have.

When I agreed to do this, I intended to write a companion piece about it and what it means to me now and why it was what it was etc. to post with it, but alas, my Great Uncle passed away on Monday and all of my time has been in either reflecting on him or getting through the day to day of life out here on the road (I am in St. Louis right now and won’t see my family until Sunday).

Adam’s House Cat formed in August of 1985, more or less, when I accidentally moved in with Mike Cooley who was rooming with an acquaintance from college who needed a roommate at the exact time I was needing a place to live. I was on the outs with my parents, flunking out of school, miserably broke and fighting with my girlfriend. Cooley had a guitar and so did I. We would sit around our miserable apartment, which was really a three room basement without the house on top of it, playing our guitars, loudly, and drinking. When it rained, water would seep up through the concrete slab floor and everything smelt of stale beer and mildew.

I had been in bands all through High School, but my Dad saw me play a really embarrassingly bad show my senior year and convinced me that I should go to college and maybe try something else out, so for nearly four years I hadn’t taken my guitar out of its case. I had, however, continued to write song, nearly daily, and as I said, my grades really sucked. I was depressed and miserable and an album by The Replacements called Tim convinced me to drop out of school and give this music thing another stab. Cooley, no doubt thought I was crazy, but he somehow ended up doing the same thing also and Adam’s House Cat was born.

We were loud and out of tune and my voice was not endearing to anyone. My songs were dark and weird and all of our friends hated our music. We soon got thrown out of a couple of places to live due to our excessive suckitude, but somehow we both felt a calling to continue on with it.

My Grandmother provided us with a safe and secure place to practice (her basement) and since we didn’t have anything better to do, we practiced all of the time.

My Great Uncle hated Rock and Roll music, but he loved me and «loaned» us the money to buy a PA system and a little gear so that we could convert my Grandmother’s basement into our own Band Space.

We went through a series of early bass players, the best being Thom Pizza, who was somewhat a local legend having had the very first Punk Rock band in our town way back. He didn’t want to join up full time, but played a few times with us and convinced us that even though we weren’t very good yet, we had a genuine chemistry and we should continue doing it. He also convinced us to hold out until we found the right drummer.

That drummer was Chuck Tremblay. He was a big, balding older dude (ancient, at least 35). He had done time playing hotel lounge bands and upon moving to Muscle Shoals vowed to only play original music. Cooley and I weren’t all that good at playing yet, but I was already becoming a decent writer and all we wanted to do was originals so Chuck joined up and basically trained us to be a good band.

Chuck was a fantastic drummer. Flat out. Great tempo, loud and versatile, dynamic, really everything you would want. During our first trek into the studio, my Dad’s partner, Roger Hawkins (who played drums on Aretha’s «Respect» and Staple Singers «I’ll Take You There» among many other classics) pulled me aside to make sure I realized what a great drummer he was. He worked us hard and in time we became pretty good and later still even better.

We went through numerous bass players, including a stint where Cooley and I played three piece, taking turns on bass (the source of many many fights and arguments between us) before getting John Cahoon. John had played with us briefly when we first started, but rejoined for good in the summer of 1988, right after we won the MUSICIAN Magazine Best Unsigned Band Contest and we were sure to be discovered any-day.

With the lineup solidified, we set out playing all around the southeast and worked really hard. We had our ill-fated Nightmare Tour, where a long run of bad luck coincided every show including having a bunch of gear stolen out of our truck after a show in Birmingham and the infamous tornado show in Florence AL. We had one label after another express interest and court us before moving on without us. I married that girlfriend, which also didn’t work out too good.

By the summer of 1990, we had basically become really tight and solid, figured out that we weren’t about to be signed or the next big thing, and decided to give it one last big chance. We saved up a little money and made a deal to buy some late night studio time at my Dad’s former studio, Muscle Shoals Sound.

Muscle Shoals Sound Studio had begun in a former casket factory and become a world renowned recording studio based on the personnel there (the world famous Muscle Shoals Sound Rhythm Section) but in 1978 they upgraded from their humble tiny room (where The Rolling Stones recorded «Brown Sugar» and «Wild Horses») to this 35,000 sq. ft. facility on the bank of The Tennessee River. The recording rooms were state of the art, for that era, but were the classic ‘acoustically dead’ sound that was favored in those pre-punk days. We were loud and boisterous and wanted a sound that reflected it, so we ran cables out the door of the control room, down the hall and up the stairs to these cavernous rooms that were part of the original building before it was converted into a studio. (It had been a Navel Reserve Building, and once Elvis played there live around 1955). Steve Melton, who engineered and co-produced our record, must have thought we were crazy (we were) but he was a good sport and we went in the day after

Thanksgiving, 1990, and spent all day setting it up and getting levels. We came back the next day, Saturday November 25th, 1990, and recorded 13 songs live in those huge rooms. Hardwood floors, 25 ft. ceilings and plaster walls. We used the natural reverb of the room instead of the digital effects that all records were using back then.

We tracked the entire album that one day. Then I went back in a few months later and cut the vocals (on the night Bush Senior began Operation Desert Storm in Iraq). We spent a couple of other days overdubbing and a few days mixing it and it was done.

By the time we finished the album, John had left the band. His replacement, Chris Quillen, sang the very high harmony at the end of «Long Time Ago» and that was it.

We toured all summer, the most extensive tour we had done since 1988, then quietly broke up after a show in Nashville. Cooley and I moved to Memphis in an attempt to relocate the band but lost it instead. Chuck ended up somewhere in Mississippi. Chris Quillen was killed in a car accident a couple of weeks before we started Drive-By Truckers and John passed away in the spring of 1999.

The album, Town Burned Down, never came out. That was something that literally haunted me for years and a lot of how this band has done business is a direct result of that happening to us.

Cooley and I went on to play as a two-piece acoustic act for a year and a half (Virgil Kane) and then formed the ill-fated but perhaps appropriately named band Horsepussy before going our separate ways for a couple of years. I moved to Athens and wrote a bunch of the songs that became my second solo album many years later (Murdering Oscar and other love songs). «Pollyanna’ was actually the very last ever Adam’s House Cat song. «Nine Bullets» was a Virgil Kane song and believe it or not, «Mercy Buckets» was a Horsepussy song (the verses were different then).

Adam’s House Cat broke up the week before Nirvana’s video of «Smells Like Teen Spirit» was released. Our «Runaway Train» song predated the Soul Asylum hit by five years. When I was down and out in Auburn Alabama, I would curse every time I heard that song on the radio or MTV. I don’t anymore.

There’s more to tell, but I’ll save that for my book if I ever write it.

I would love the chance to remix it (we never quite got what we were looking for in the mix) but the original 2″ tapes are lost forever, ironically enough, probably destroyed in a tornado last year, so its out of the question. I can’t stand the sound of my voice on it, but Cooley shreds all the way through it, John was a Rock-solid bass player and some of the songs hold up pretty well. (Was always really proud of «Runaway Train» and «Cemeteries»).

It’s a nice little slice of what we were trying to do a Long Time Ago, and as I said, our drummer was really fucking good. 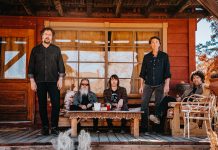 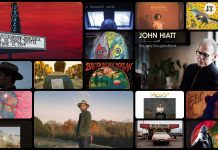 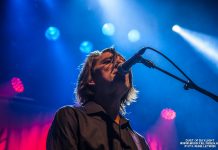