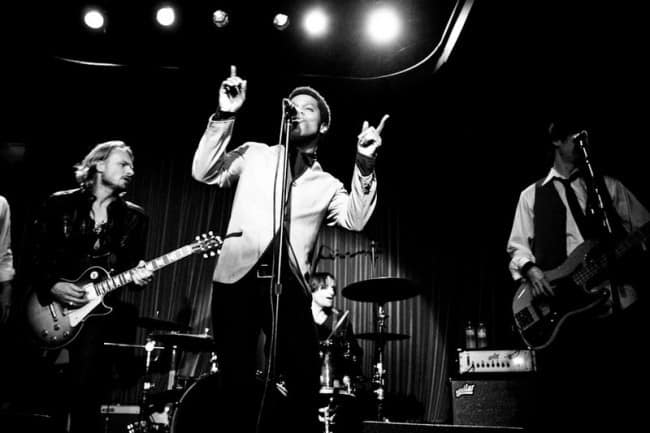 This is a english translation of THIS article, as it has been getting a lot of traffic from english-speaking countries.

My good friend Jo Inge went to London for a big music festival in Hyde Park, where the poor guy, among other things, was exposed to Bon Jovi.

But the text message that popped into my phone during that day said something along the lines of «45 minutes of Vintage Trouble was worth the ticket alone.»

I was automatically interested, because from time to time the guy actually hears the difference between good and bad music. In this case, his ears were properly switched on, the Vintage Trouble is a kick-ass band that really delivers on stage!

They have been supportact for Bon Jovi on their british leg of the current tour, and I do not know how smart it is to have a band that is better than the main band warming up. But since they have Doc McGee as manager, I guess that probably has something to do with it. He was responsible for making both Bon Jovi and Mötley Crue the bands they are today.

Anyway, this is certainly a valuable experience for Vintage Trouble, and after hearing the album and seeing a bunch of videos on YouTube it is obvious that this band is a live band that really comes into its own on stage.

This is blues, soul and Rhythm and blues the way it was meant to be played. The way it sounded when Marvin Gaye, Otis Redding, Aretha, Ike & Tina, Sam & Dave and simply everything that came out on Motown was the coolest and hottest thing on this planet.

The band has stayed together for almost 10 months, but has already built up an excellent reputation for energetic performances on their home turf of Los Angeles.

What we get is some elements from Motown, mixed with a little Jimi Hendrix (!) and with a front man who seems to have grown up with videos of James Brown on continuous repeat.

Reports from the U.S. and from the tour in England (and especially the concert in Camden who seems to have been legendary) are ecstatic. Everyone talks about the energy coming from stage like they have never seen before, and statements like «Vintage Trouble has brought music back into the 21st century,» says it all.

The album was recorded the good old way, that means: live in the studio – and it shows in the raw energy that permeates the band and the whole album. And it is recorded just two months after the band was formed, started rehearsals and playing live gigs.

From the moment the  single «Blues Hand Me Down» starts off the album, and fires on all cylinders, it is clear to us that we are in very special company and that these guys are serious. Next they take us on a tour through much of the Motown story, and on the way they give us what is without doubt one of the best songs from 2010: «Nobody Told Me».

This is the album you buy if you want to impress the ladies this summer. It works with absolutely everything, and I can really recommend this for a quiet day in the hammock. Or on the beach. Or not as quiet nights in the bedroom.

The album can be pre-ordered at Amazon

Thanks to Jo Inge for the discovery, and be sure to get online and follow this band – it’s certainly not the last time we hear from Vintage Trouble!

«Blues Hand Me Down»: 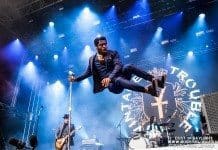 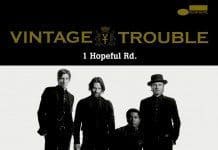 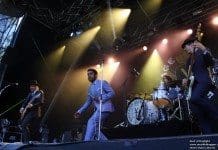 Fredagsvideo: Vintage Trouble – Nobody Told Me